Edinburgh, Scotland – Measurement of the ankle-brachial index (ABI) may improve the accuracy of cardiovascular risk prediction beyond the Framingham risk score, a new meta-analysis suggests [1].

The analysis, published in the July 9, 2008 issue of the Journal of the American Medical Association, was conducted by a group led by Dr Gerry Fowkes (University of Edinburgh, Scotland).

Fowkes commented to heartwire: "Evidence is slowly accumulating that the ABI is a good risk marker in addition to Framingham. Our paper will advance that notion further." He added that while doctors could currently use an ABI score alongside the Framingham risk scores, a more accurate result would be obtained from an equation incorporating both scores together. "To produce such an equation, you have to have a large data set. We have now got such a data set and are hoping to formulate and validate a model including both scores within the next 12 to 18 months," Fowkes said.

In the paper, the authors explain that predicting future risk of heart disease and mortality accurately in individuals in the community who have no prior history of cardiovascular disease has proven difficult when based solely on traditional risk factors and scoring systems. For example, in a recent systematic review of 27 studies using the Framingham risk equation, the predicted-to-observed ratios ranged from an underprediction of 0.43 in a high-risk population to an overprediction of 2.87 in a low-risk population.

Fowkes et al note that the incorporation of other risk markers, such as metabolic syndrome and C-reactive protein, has had partial success in improving prediction, and attention is also being given to indicators of asymptomatic atherosclerosis, such as coronary artery calcium, carotid intima media thickness, and the ABI, which is the ratio of systolic pressure at the ankle to that in the arm. They add that the ABI is quick and easy to measure and has been used for many years in vascular practice to confirm the diagnosis and assess the severity of peripheral artery disease in the legs.

The authors report that a low ABI has been related to an increased incidence of mortality, MI, and stroke in population studies. They set out to establish whether the ABI provides information on the risk of cardiovascular events and mortality independently of the Framingham risk score and can improve risk prediction. To do this, they conducted a meta-analysis of 16 population cohort studies in which participants were derived from a general population, ABI was measured at baseline, and individuals were followed up to detect total and cardiovascular mortality. The studies included a total of 24 955 men and 23 339 women.

Results showed that a low ABI (0.90 or less) predicted vastly increased risks of 10-year cardiovascular mortality in both men and women.

Fowkes et al report that inclusion of the ABI in cardiovascular risk stratification using the Framingham risk score would result in reclassification of the risk category and modification of treatment recommendations in approximately 19% of men and 36% of women. However, this proportion may vary considerably by age, because the prevalence of a low ABI is known to increase substantially with age. While the main effect of the ABI result in men would lead to some individuals who are currently thought of as high risk having their risk downgraded, the main effect in women would be that many at low risk with the Framingham score would change to a higher risk level, they say

The authors further point out that in contrast to measurement of coronary artery calcium and carotid intima media thickness, measuring ABI is much easier to do in the primary-care physician's office and in community settings. They note that the equipment is inexpensive, with a handheld Doppler costing less than $600; the procedure is simple, taking less than 10 to 15 minutes and able to be performed by a suitably trained nurse or other healthcare professional; technological advances to make the test quicker and easier to apply are being investigated, including automatic pressure measurement at the ankle; and, given the noninvasiveness of the test and minimal discomfort, patient acceptability is high.

But they say that despite all these advantages, ABI is rarely applied in routine clinical practice, as most clinicians are not aware that a low ABI is a marker of cardiovascular risk and would not know how to perform the test. Therefore, physician education would be essential in promoting use of the ABI in practice.

Destaques, Doenças de A a Z 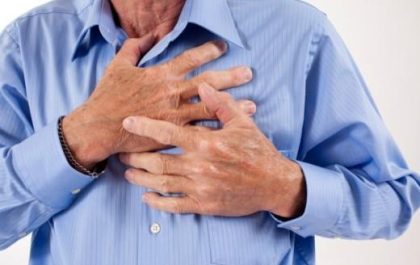 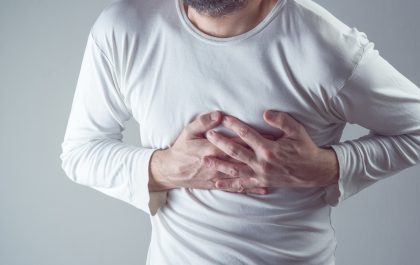